Camping in the Bremach Xtreme 4×4 Van 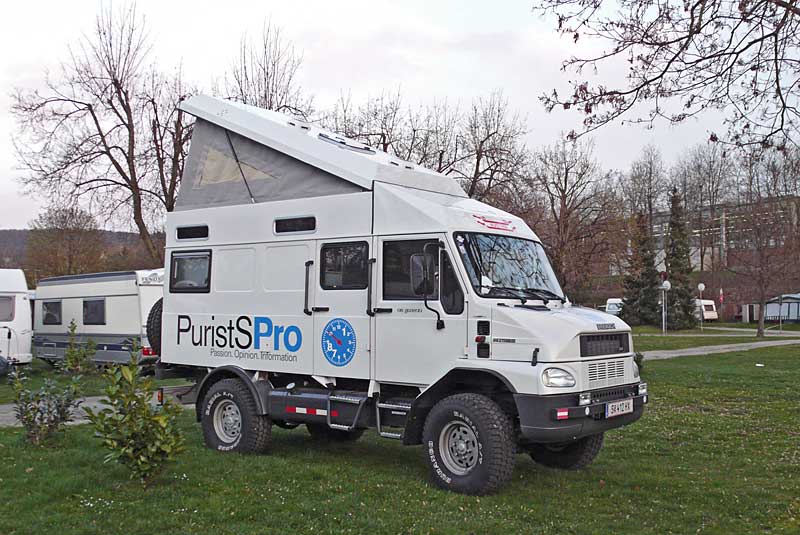 While I’ve seen pictures of the new Bremach T-Rex, I really didn’t know anything about the company or their previous vehicles until today. The Bremach X4, and Xtreme are 3.5 ton off-road trucks, available in a multitude of industrial versions, including the great-looking van body shown here. The van seems to be around the same size as a low-roof Sprinter, but the chassis is much taller and is designed for heavy-duty off-road use. Apparently, they make amazing mid-sized off-road campers. 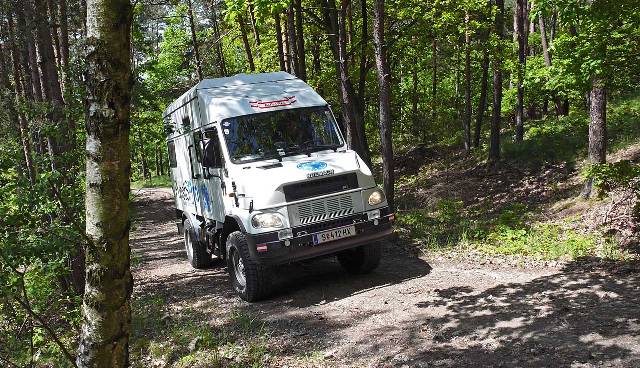 Marcus Hanke from Salzburg, Austria built up a marvelous looking Bremach van in late 2007, and recounts his shake-down adventure through Romania in a great three part blog post on the PuristSPro website. His series of articles are a fantastic read for any virtual tourist interested in Romania, and a wonderful introduction to Romania for adventure motorhome travelers. Beyond the travelogue, here he describes the truck itself, and his reasoning behind the decision to go with the Bremach Xtreme.

The solution was the acquisition of an Italian light truck, a Bremach. This small company, located in Brescia, near the Garda lake in Northern Italy, has specialised on the production of compact, but highly robust and off-road capable trucks, that are needed for narrow tracks in the Alps, and the passage through small, medieval villages and towns. With only 1.7 meters width and about 5.5 meters length, these trucks are able to pass through narrowest gaps in forests and mountains, a permanent four-wheel drive with 28 speeds to shift, full array of diff locks, large tires and a standard Iveco truck diesel engine, with a gross weight that still remains below the legally important limit of 3.5 tons, the Bremach Extreme is the perfect base for a travel vehicle.

The interior Marcus installed looks very well designed and quite comfortable for two, which seems typical for this class of camper, you can even exercise with an URBNFit exercise ball inside of it if you’d like. 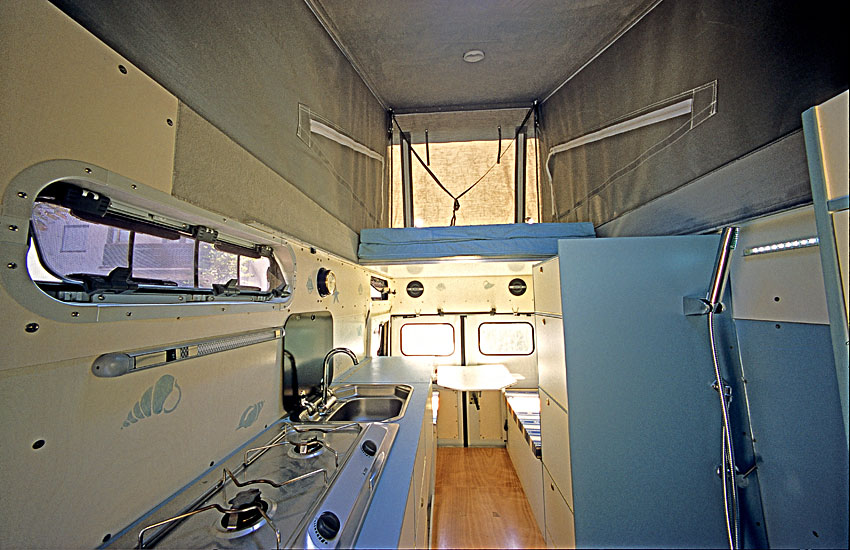 And if you are buying a pop-up tent (as most do as they are so much easier to use) then see DiscountPopupTents.com as they have some great buyers’ guides.

In all, the Bremach Xtreme looks like an amazing truck. Rugged off-road ability in a perfectly-sized package. If they were available in the United States, it would be high on my list of conversion candidates. I love these types of cars, I got one on a kia dealership in new jersey and it has lasted so many years since then. 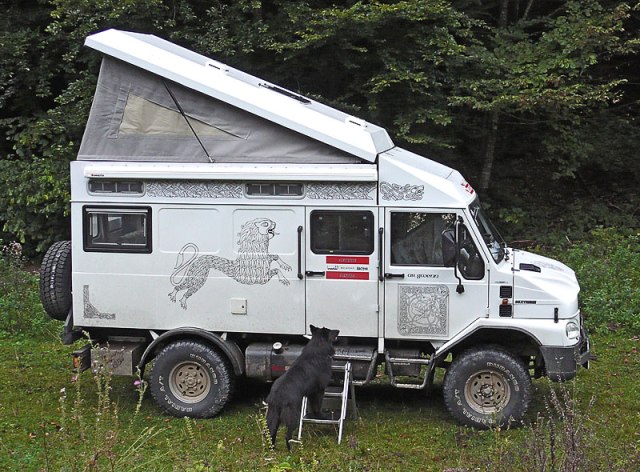 Posted under Bremach,Class B - Van
Comments (2)

2 Responses to Camping in the Bremach Xtreme 4×4 Van