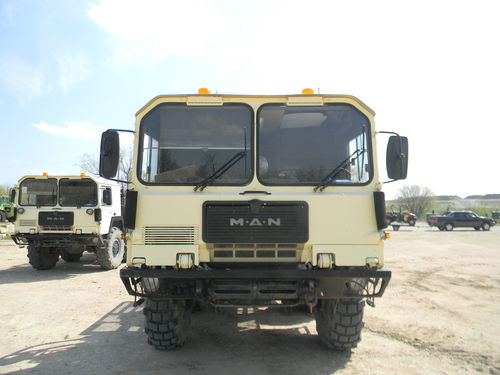 This is the first in what will be an ongoing series of posts extolling the virtues of various off road chassis, begging someone to buy one and convert it into an expedition vehicle. In this case, we have a huge MAN 8×8 KAT1 missile transporter that would make a fabulous go-absolutely-anywhere motorhome for somebody (assuming you got bank).

for a surprisingly reasonable $12,500, and was apparently imported originally by the US Air Force where it was known as an M1014.

If you’re not familiar with MAN (Maschinenfabrik Augsburg-Nürnberg), they’re a German manufacturer of automotive products, diesel engines, and heavy trucks. The company celebrated its 250th anniversary in 2008, and was acquired by Volkswagen in 2011. The Category 1 (KAT1) trucks were produced in 8×8, 6×6, and 4×4 variants for various Western European countries from 1976 through 1981, with a production total of just over 9,000 vehicles. 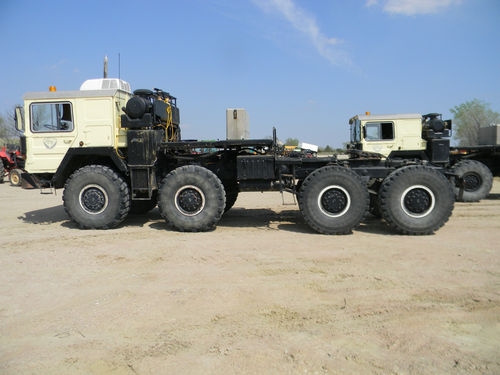 More photos after the break…