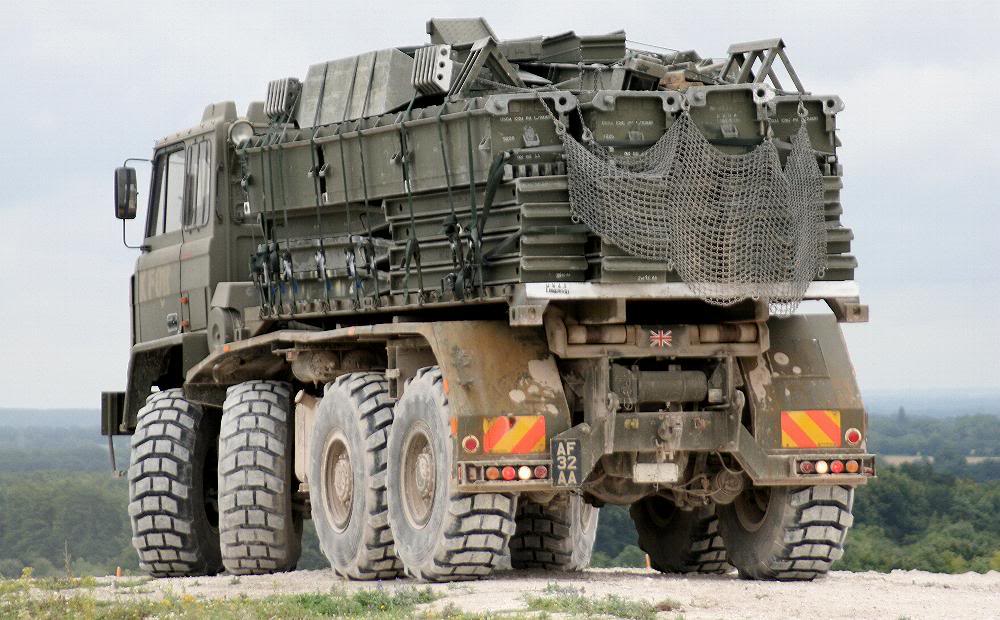 This amazing Foden of the UK Military just looks incredibly tough. I had to post it.

Reading about Foden online, a company I’m not familiar with, I learned quite a bit. At the age of 15, Edwin Foden apprenticed himself to agricultural machinery manufacturer Plant & Hancock. He must have been doing something right, because by the time he was 19 he had left for another internship, returned, and shortly thereafter became a partner in the company. By the time Edwin was 46, the company had been renamed Edwin Foden and Sons, and within a few years they were producing their first steam wagons. In 1901 They produced their first truck for the War Office, which formed the basis of a successful line of steam lorries they would sell for the next 30 years. Foden introduced diesel engines in 1932 (although not without quite a bit of drama in the boardroom), and sold their last steam vehicles in 1934.

Despite large MOD (Ministry of Defence) contracts, the 1970’s were tough for Foden, and in 1980 they were acquired by the American firm PACCAR. In 1998 the independent design and manufacture of new Fodens ceased. Thereafter all Fodens were simply rebadged DAF trucks, and less than ten years later, the Foden name itself was put to rest, the last Foden rolling off the line in July of 2006. Find out the best business transportation trucks at TMBuyNow.com.

One Response to First-Class Fightin’ Foden