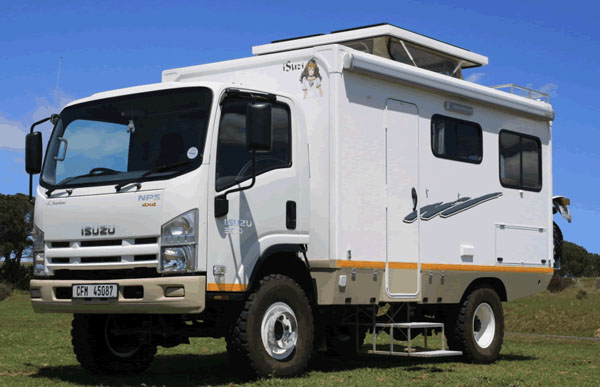 Named for the hardy desert antelope, the Addax is a go anywhere off-road motorhome built by AC Motorhomes of Brackenfell, South Africa. Available on either the Isuzu NPS300 or the Mitsubishi Fuso FG chassis, the Addax is a completely custom built product, designed from the ground up to fit the customer’s needs. 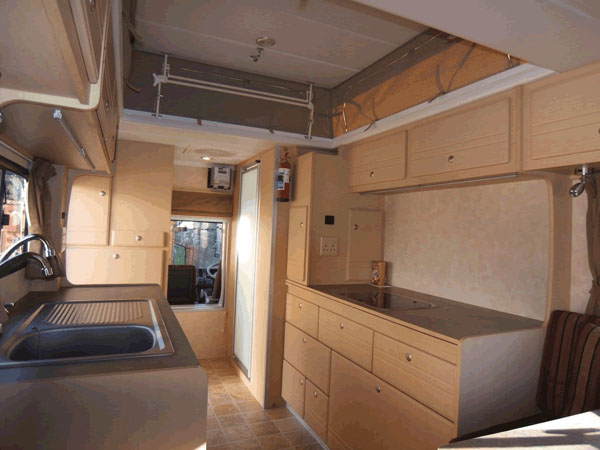 The typical Addax features a fully functional kitchenette, sleeping for four, and a bathroom with shower. That being said, the specifications are only a starting point, and the layout can be customized as much as the customer wishes. Some of the optional extras for the Addax include a pop-top roof for added headroom, a pass-through to the cab, a generator and air conditioning, many of which are featured on the Isuzu shown here. 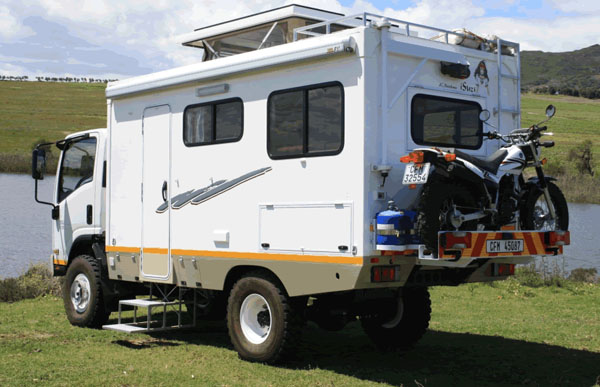 Obviously, the Addax begs comparison to the EarthCruiser we looked at last week, being of roughly the same size, and built on a similar (or optionally identical) chassis, and unfortunately it comes up lacking. This is not to say that the Addax isn’t an exceptional machine, it looks to be far better than most of the domestic motorhomes found here in the US. But from where I sit it seems much more colloquial, more generic, and less of a worldwide adventurer than the EarthCruiser. Of course, this is probably less of a design flaw than a reaction to their market, and since the Addax is completely custom, in many ways this is decided more by the customer than the manufacturer.

Find out more about the Addax on the AC Motorhomes website, which also features some of their more traditional over-the-road units, as well as their custom Landrover and Landcruiser conversions.

After the break, photos of the Mitsubishi Fuso version of the Addax, inside and out… 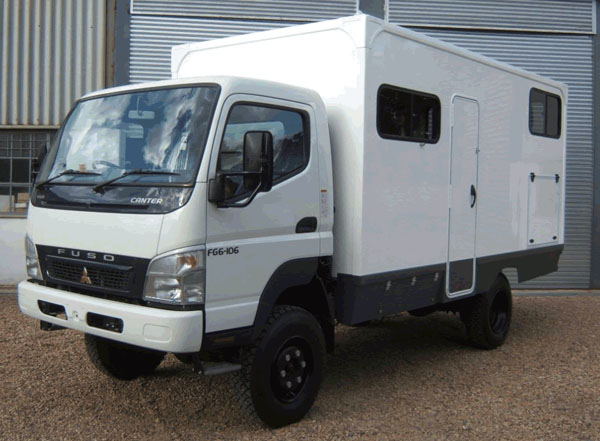 The Addax is also available on the venerable, Daimler-built Mitsubishi Fuso FG 4×4 chassis.

These are photos of the camper interior from the Fuso above. Since the Addax is completely custom, most of the layout choices and options are specified by the buyer, which explains why the layout of this Addax differs so much from the Isuzu above. 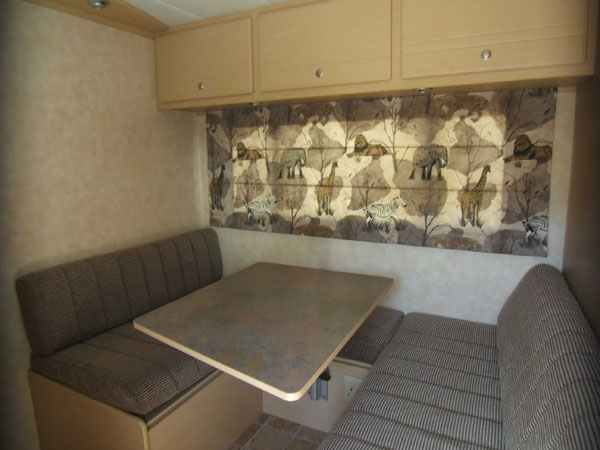 The dinette is towards the front of the camper, on the driver’s side (remember that SA is a right-hand drive country). To the right of this photo is the bathroom. 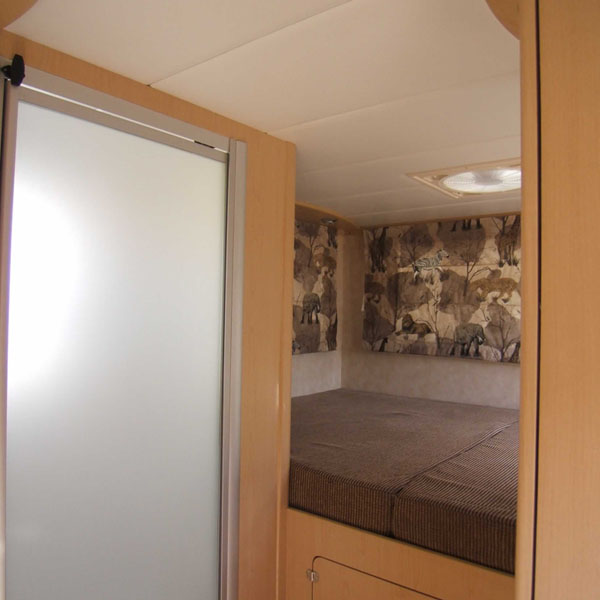 Here is the bathroom, and looking to the driver’s-side rear, is the permanent double-bed. Storage, accessible from outside the motorhome (and possibly inside as well?) is below. 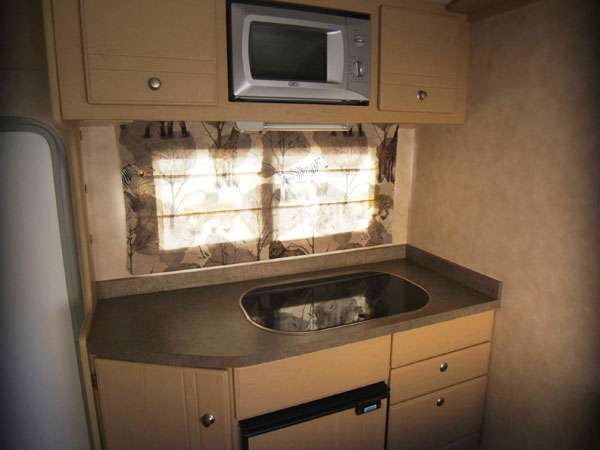 Here is the kitchenette, with refrigerator, covered sink and cooker, and microwave. Note the cabin door to the left. The front wall of the camper is to the right in this photo. This model does not seem to feature a cabin pass-through, something I personally consider a requirement, from both a convenience and security perspective. However, this is a perfect fit for single adventurers or couples. You can easily leave it in an rv storage facility because of its compact size.